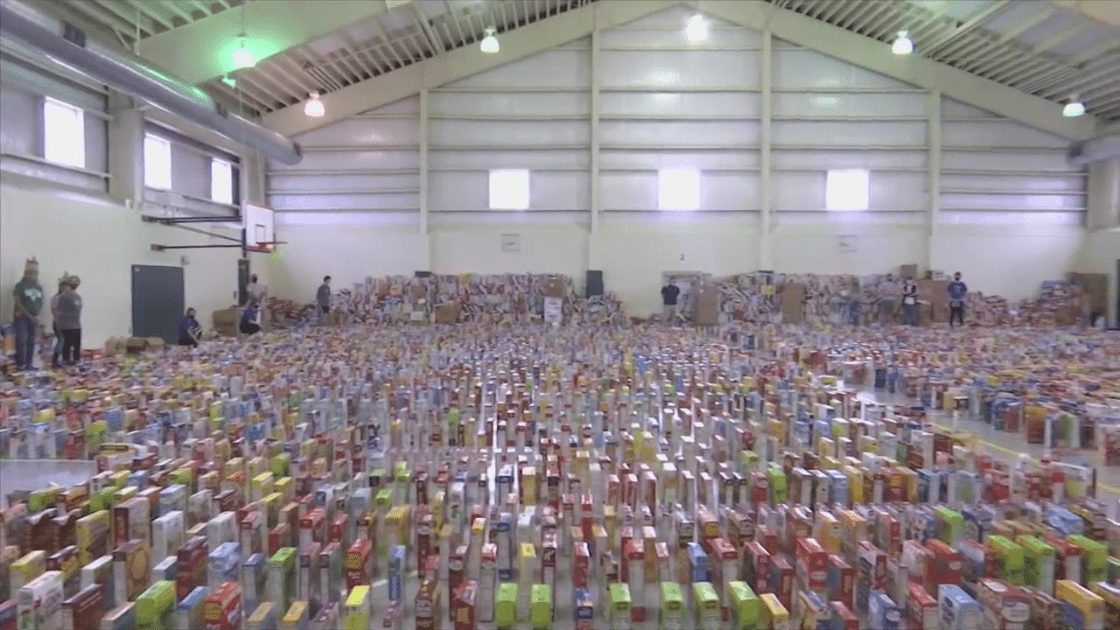 Story by Faith Graham via mypanhandle.com.

It was an exciting day for Bay District Schools as they finally held their “Cereal Run” for “Julio’s Cereal Challenge”. A culmination of the last few weeks spent collecting 15,000 cereal boxes. The district collected the boxes to honor a Chartwells employee who passed away in February. Julio Narvaez was the Chartwells District Manager who provided meals to students over the last few years

“Julio’s amazing. I was talking with staff today and we know he’s smiling about this because he just loved taking care of children and being a part of the community,” said Bill Husfelt, Superintendent for Bay District Schools.

“We feel great to be a part of something so big. I know Arnold High School Engineering Club is very grateful for the opportunity and we love being able to help,” said Erin Bader, a student.

Thousands of boxes lined the gym and Narvaez’s son’s knocked down the first box for the cereal run.

“Knowing that we’re doing this to honor my father and his memory, I bet if he was able to be here today he would have been so happy being able to donate to the community,” said Cesar Narvaez-Suarez.

Chartwells says Narvaez was one of a kind and they’re grateful to see his memory live on.

“This is a fitting tribute for Julio. It really does capture his passion for nourishing students and live up to that legacy,” said Genie Caroselli, Chartwells Regional Vice President.

All of the cereal will be donated to the Blessings in a Backpack program and area food banks in Narvaez’s honor.