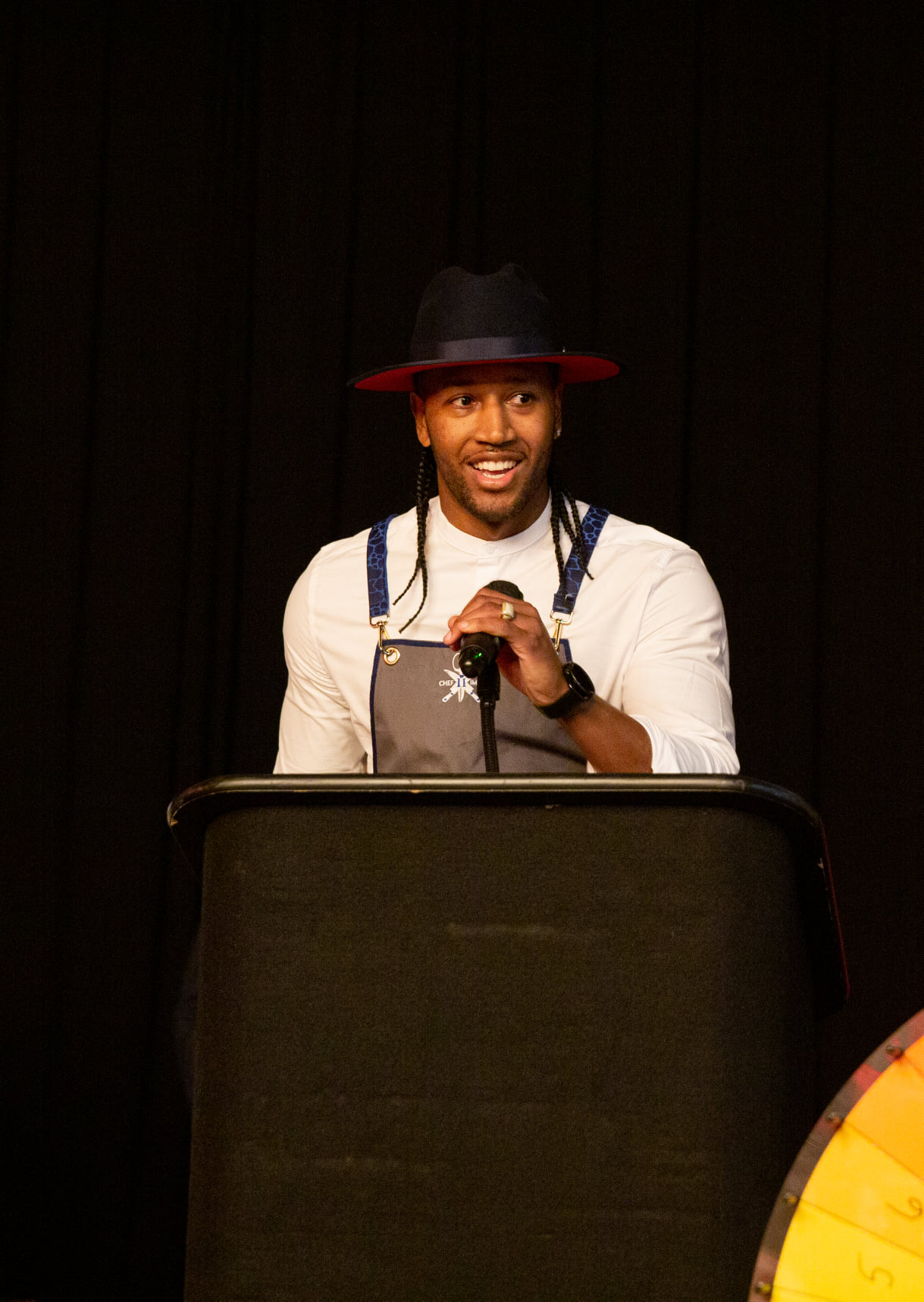 In the new show, Ferguson stages “two different battles between chefs who have beefs with each other to finally bury the hatchet and win $10,000 cash, a prized knife from the losing chef and lifelong bragging rights over their food foe.”

You can watch the premiere of “Superchef Grudge Match” on Tuesday February 7 at 9 p.m. on Food Network or you can stream it on Discovery+.

Ferguson currently co-hosts the newest season of Food Network’s “Worst Cooks in America”, alongside Chef Anne Burrell, and he has competed on three seasons of “Tournament of Champions” hosted by Guy Fieri.

Click Here to Purchase Pack the Sack Tickets or Sponsorships.

This year’s Pack the Sack will be our best yet with renowned FoodNetwork celebrity chefs Darnell “Superchef” Ferguson and Damaris Phillips, along with Best Baker in America winner Jackie Joseph. You will get an inside look at how each chef prepares their course for your world-class dinner as we stream live video from the kitchen while you enjoy an open bar, hors d’oeuvres, and lively music.

You will also have the opportunity to bid on more upscale experiences and adventures than ever before during this year’s live and silent auctions. Guests will have the chance to meet and chat with the chefs as they mix and mingle throughout the night.

We hope you will join us for Blessings in a Backpack Louisville Chapter’s biggest fundraiser so we can continue to grow the number of children we feed each weekend of the school year.