Skip to main content
Back To Home
Blessings in the News, Partners, Stories from the Field September 14, 2017 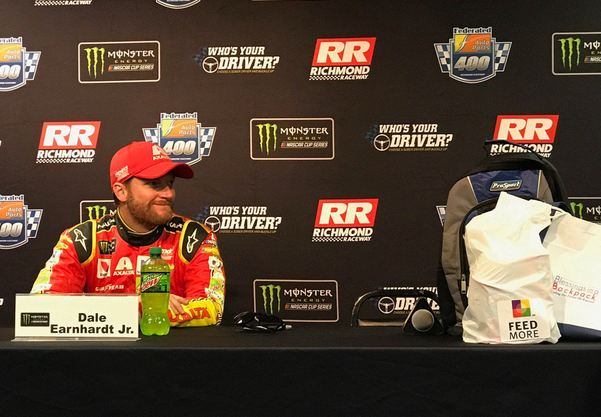 Richmond, Va. – For Dale Earnhardt Jr.’s final run at Richmond Raceway, the track gave him the exact kind of parting gift he wants. 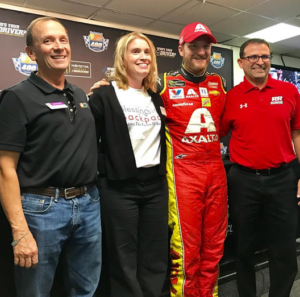 As the No. 88 Chevrolet driver counts down his final races before retiring at the end of the season, each track is giving him a gift to celebrate his two decades in NASCAR. Photos are touching and racing-themed art is nice, but what Junior really wants is a charitable present that benefits someone else.

Friday ahead of the Federated Auto Parts 400, Richmond Raceway president Dennis Bickmeier announced the track would make financial contributions to Blessings in a Backpack and Richmond’s local food bank FeedMore. The Dale Jr. Foundation works with Blessings to ensure elementary school kids, who might otherwise go hungry, are fed.

“It’s awesome that you guys are going to be working in your community and making a difference in some kids’ lives for sure,” Earnhardt said.

“I learned quite a bit about those types of programs over the last several years. You’re thinking that if your kid’s in school, you would think that there’s other things that are priority or other things maybe more important to their education. But if they’re hungry and they literally have nothing in their bellies, they can’t concentrate on what they’re trying to be taught in the classroom.”

Bickmeier said Blessings in a Backpack works with three schools in Richmond, so the financial contribution will help fund those local efforts. For FeedMore, the track will donate in Junior’s name 88 backpacks of food for 10 weeks.

When Kentucky Speedway donated a jukebox to the Nationwide Children’s Hospital in July, Earnhardt was thrilled and said that’s the best kind of gift because it’s “everlasting,” adding that “contributions to the community are gonna be the ones that I like the most.” Sonoma Raceway named service dogs after him and his wife, Amy.

The Richmond track also gave him a collection of framed photos from his three wins here. But Bickmeier joked that there is plenty of room if they have to add a fourth if he wins his first race of the season Saturday night.

While the photos are thoughtful, helping an organization Earnhardt already works with that feeds children will likely be the memorable tribute to his racing career.

“A lot of these kids are in such bad situations financially that they get sent to school just for the school lunch because their parents know they’ll get fed and that might be their only opportunity that day to have something to eat,” he said. “So these programs really do make a huge impact, and they obviously work in the underserved communities that really need it. I appreciate that. That means a lot to me.”