Back To Home
Baltimore, Bills Mafia, Stories from the Field January 18, 2021 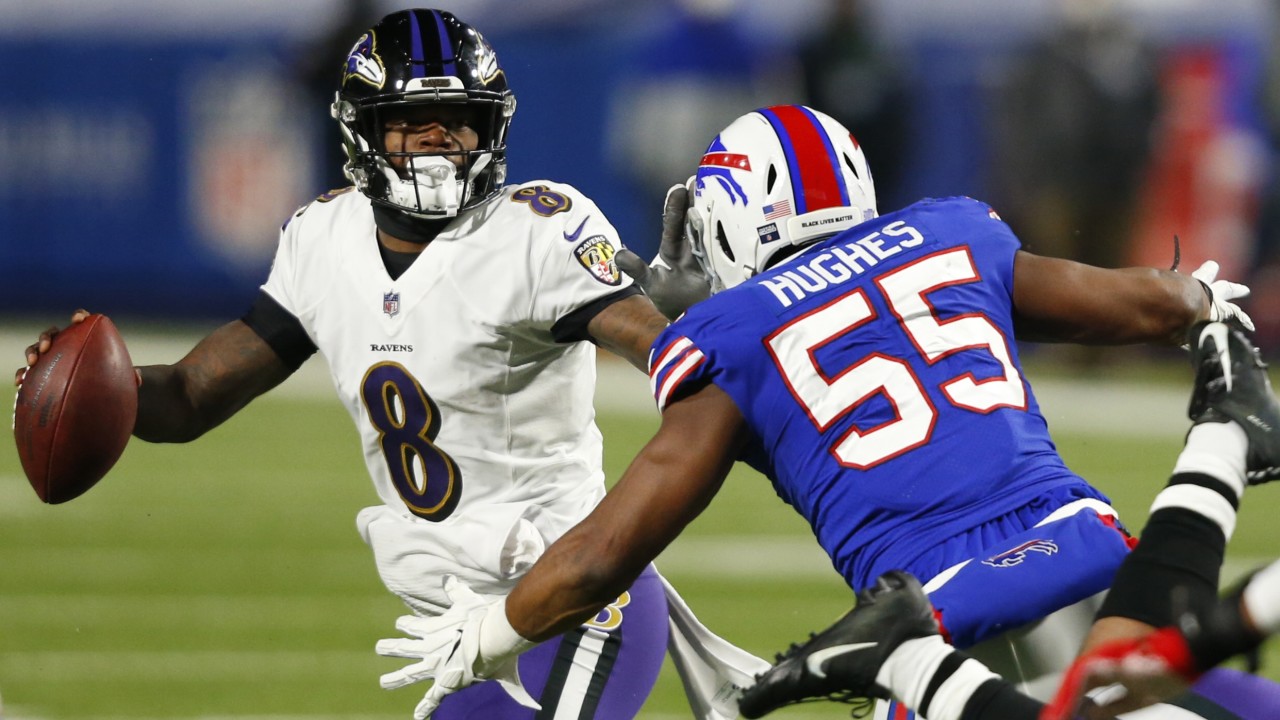 Buffalo Bills fans are extending their generosity to a Baltimore Ravens star.

During Saturday’s divisional playoff game, Ravens quarterback Lamar Jackson was forced to exit the game early after he was tackled and hit his head on the turf. After it was determined that Jackson had a concussion and would not be returning, the Bills tweeted out a message of support.

Taking the goodwill one step further, after finding out about Jackson’s favorite charity — the Louisville chapter of Blessings in a Backpack, which helps provide food for elementary school children in need — one Bills fan announced on Reddit that they would be making a donation to the charity in Jackson’s name, and encouraged other members of the Bills Mafia to do the same.

Jackson, who went to college in Louisville, Kentucky, previously donated $25,000 to the organization back in 2018.

That number continued to grow throughout the day, and by Saturday afternoon, NFL Network’s Ian Rapoport said the donations had surpassed $150,000.

According to one fan, in an extra special show of support, many members of the Bills Mafia are making $8 donations in honor of the number Jackson wears on the field.

“Thank you, @BuffaloBills fans for donating in honor of the @Lj_era8!” the charity wrote on Twitter.

And their generosity didn’t stop there.

Fellow Ravens player Bradley Bozeman took to social media on Sunday to express his gratitude to the Bills fanbase, sharing they had also made donations to his foundation, The Bradley and Nikki Bozeman Foundation.

“Even though the game didn’t go as I hoped last night, waking up to countless donations from #BillsMafia is such a blessing,” he wrote. “We are so thankful to all the fans who have made such an impact this season!”

Last night's game didn't go the way we wanted, but #BillsMafia is showing their generosity.

After fans first heard about Allen’s loss in November, they quickly responded by making donations in her memory to a local children’s hospital the athlete had long supported, with many choosing to donate $17 at a time, a nod to the quarterback’s number.

In recognition of the tremendous outpouring of support, the John R. Oishei Children’s Hospital launched the “Patricia Allen Fund,” which will provide ongoing support to hospital patients, and also rebranded a wing of the hospital in her honor.

Thanks to the team’s big win, the Bills are headed to the AFC Championship for the first time since 1994. They will face off against the winner of Sunday’s game between the Kansas City Chiefs and the Cleveland Browns.